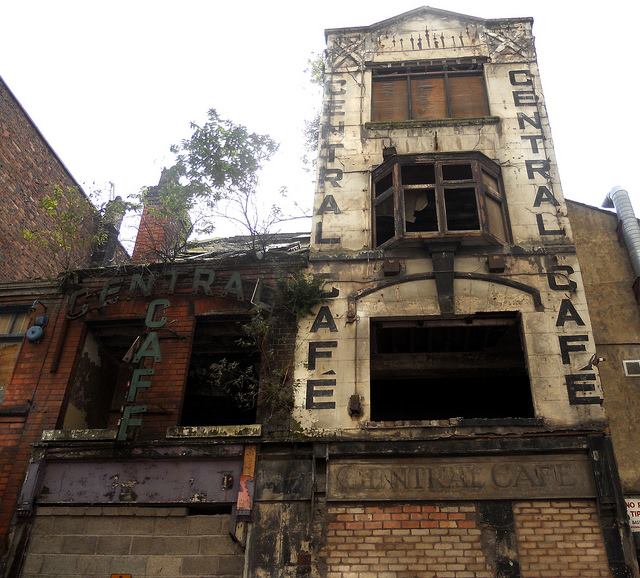 Central Café has stood derelict on Brooks Alley (off School Lane near the Bluecoat) in central Liverpool for over 60 years. While the city changed around it, Central Café stood uncared for slowly falling in to disrepair. I first saw Central Café around 2010 after a trip to the Bluecoat and was immediately struck by the buildings air of loneliness, each time I visited the Bluecoat after I made it a habit to look at it. With this music I have tried to capture this loneliness within a busy, crowded city while also describing what is not an uncommon event in a dark alley after a late night out.