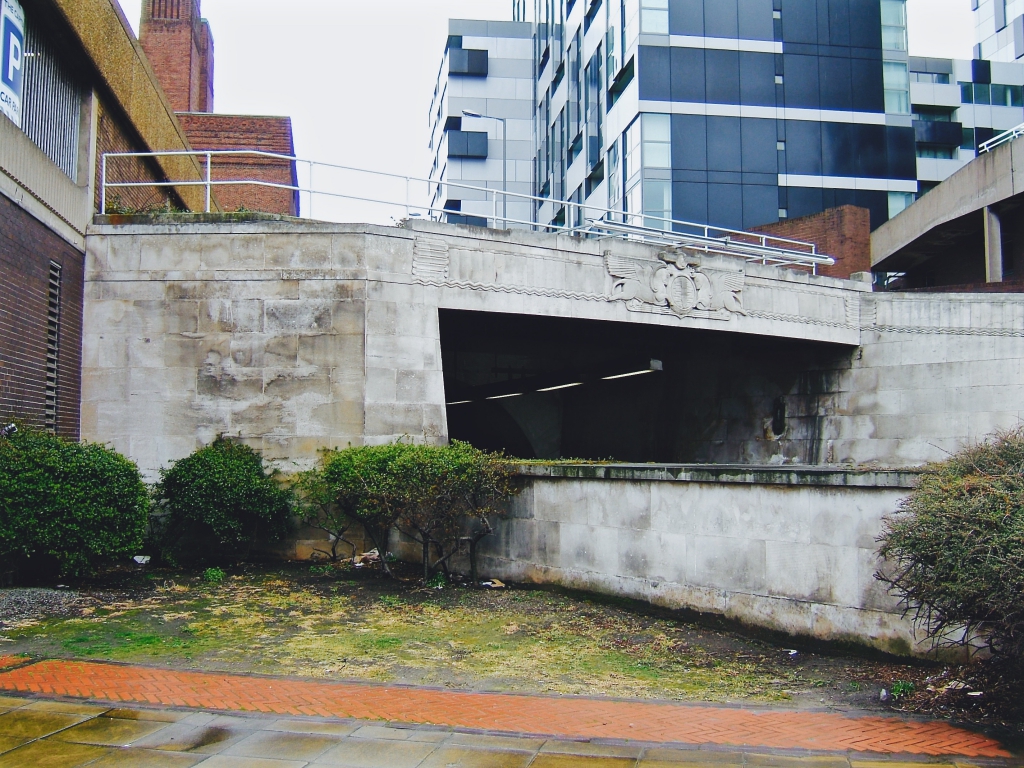 I have chosen to illustrate a small patch of grass above the Queensway tunnel exit as it intersects with the A5052 New Quay.  I first documented this area when researching for an ongoing project of mine called ‘Voids’, about those spaces that are technically ‘viable’ as public spaces, but which for one reason or another are ignored, inaccessible, or legally restricted.

This particular patch of grass can be accessed by ‘jumping a fence’, and is a pleasant, if strange, ‘no-man’s land’ that, due to its relative and legal inaccessibility, remains somehow peaceful in the midst of the tumultuous road and tunnel system of Liverpool city centre.

I was struck by the natural tranquillity and isolation of the location, in contrast to the surrounding urban freneticism, as well as the run-down laissez-faire attitude to these unwanted and unloved parts of the city.

The space feels at once tentatively accessible, and yet forbidden.  The pleasant green-ness of this ‘picnic balcony’ overlooking one of the main entrance points to the city, is offset by restrictions, both architectural and legal, to its use.

Therefore, it is a forgotten space, made poignant by its potential as a usable part of the built environment.

One can observe it from behind the fence, or from the pavement underneath it, and in so doing, one is struck by the strangeness of having a piece of city land that is in some way usable, but in all practical senses completely inaccessible, ignored by, and unknown to the public.

The music I have created is produced as a reflection of the heavy, tumultuous weight and energy that overbears the city, pressing down on this somehow dimension-less space.

Spatially, I envisage the pace and relentless flow of the busy city, contrasted with the quiet empty space that tops the tunnel exit.  Musically, the piece is designed as Eisensteinian counterpoint, in which the sensation one derives from observation of the space in its environmental context is contrasted with the musical busy-ness and dynamism.  This dynamism is meant to expand into a consideration of how to achieve peace (represented by the space) in an impossibly un-peaceful location.  One cannot escape the incessant sound, and when listening to the piece whilst looking at images of the space (or better still, visiting the site whilst listening to the piece through headphones!), I hope to prompt questions about the nature of urban and non-urban space, and the role of sound and noise, both organised and disorganised, in the 21st century.
In terms of a musical perspective, imagine sitting on this piece of ground whilst the city unfurls in front of you, starting with the flow of traffic out of the tunnel, and moving into a broader consideration of the splendour/terribleness of it all...