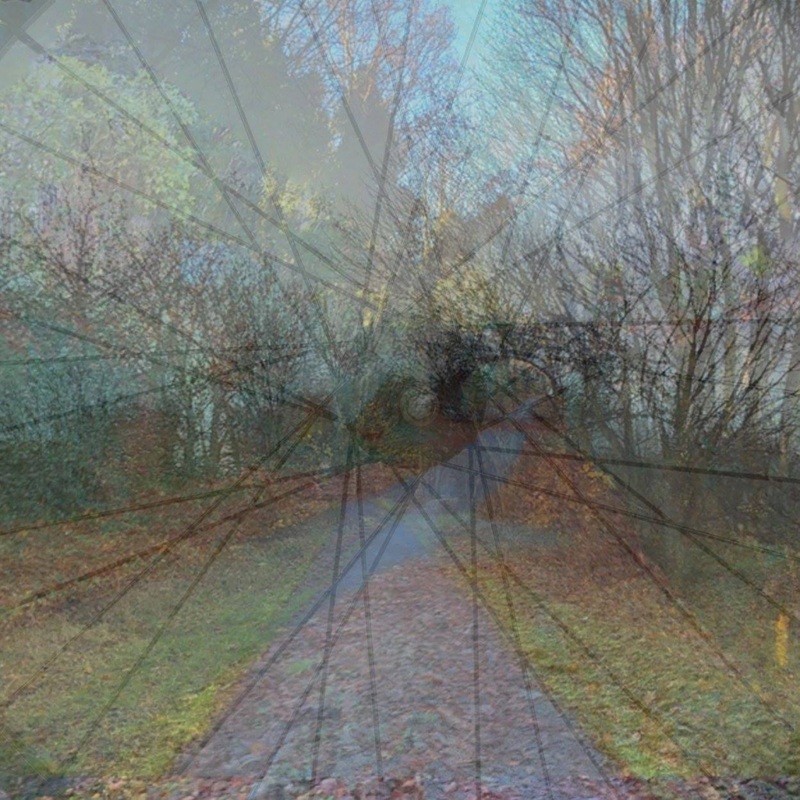 The space was chosen by Our Keith and it's called The Ralla, you may have heard of it? It was the North Liverpool Extension Line which was closed in the '70s only to become a popular cycle route today. Our Keith has fond memories of it as a place for youthful mischief. It was nice to throw a positive spin on the Empty Space theme. Rather than look at abandonment and (often faceless) redevelopment, the Ralla is a story of locals embracing a space for the good of a community. It now forms part of the coast to coast Trans Pennine Trail - it seems this stretch of land just can't shake its suitability for transport.

Our piece very quickly took on a kinetic energy informed by the theme of travel, so intrinsically woven into the Ralla. Whether consciously or otherwise, the direction we all took with it was emphatically forwards. The propulsion of industry, the pace of change, the ticking of time through generations, Our Keith's energetic youthful exploits, the vast growth of weeds through the disused tracks.

I'm an avid listener of Roger's show. It's a rare thing for a program on local radio to be so gloriously eclectic and free of the shackles of playlisting (take note BBC). So when Roger asked us to participate it was a no brainer, particularly having enjoyed contributing to his 'Cilla' program last year. Projects such as this are an essential outlet for us, affording us the opportunity to experiment with new writing and recording techniques (spot the bike wheel on our recording!).