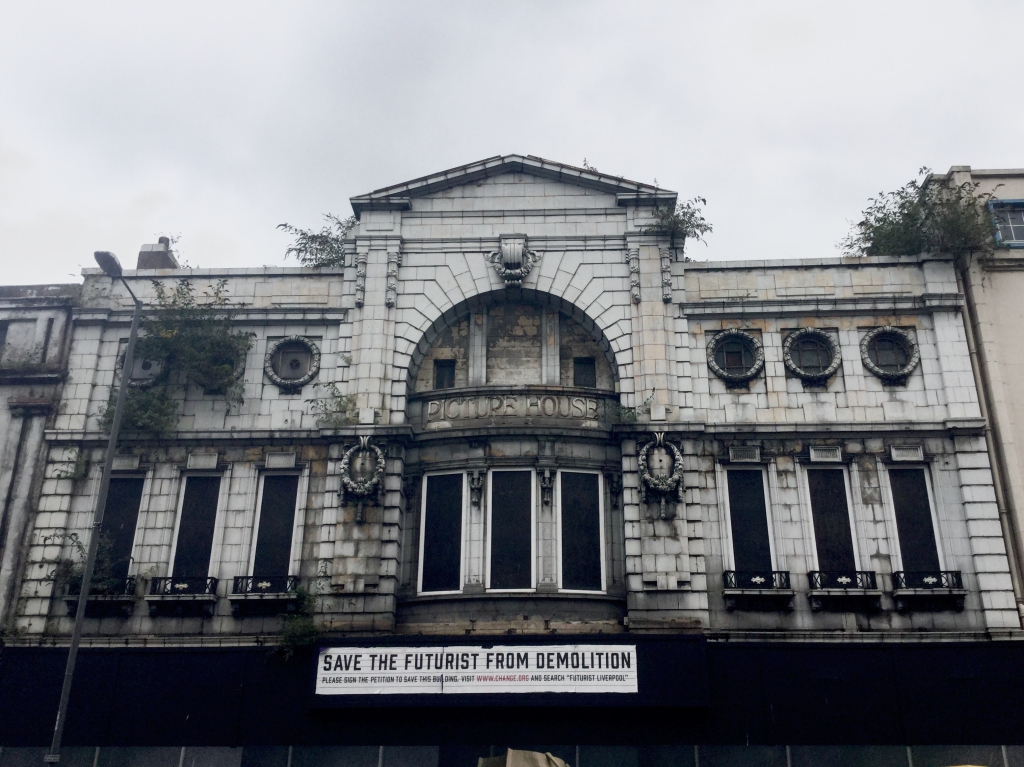 In form, this piece is made for the Futurist cinema, on Lime Street. For the decay and neglect of its structure and of the sense of vision it represents. But, if it is for the Futurist (because this feels current and urgent), then it is also for every empty, overgrown, collapsing, still standing, buddleia-blooming and broken-bricked building that this city still sustains. Breathing lungs of a town that perpetually erases, forgets itself. For the ones that still linger and for the ones that got away; lofted, levelled, apartmented, boutiqued, studented. Pulled down. De-structured.

The music is all made on an old, crackly, 1970’s home organ that I inherited from a dead man. Parts of it gave up the ghost as I was making the piece.

The words hopefully tell their own story.